Bootstrapping into a $30 million enterprise with 175 employees isn't easy. In this latest installment of Interviews with Entrepreneurs, find out how Ross Andrew Paquette, Founder of Maropost did it. ;

Only Founders: Tell us a little about Maropost 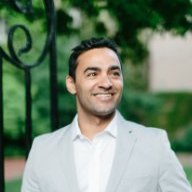 Ross Andrew Paquette: About 10 years ago I got into the email space, working for a company called Campaigner. After starting there, it didn’t take long for me to realize how underserved the industry was at the time.

I started Maropost with every intention of running a lifestyle business, with maybe ten customers I could support really well on a basic solution. That intention didn’t last long.

At the time it was just me and two other people—one of whom, our CTO, who is still with us today. We were shorthanded to say the least, but we kept developing the platform, taking every opportunity to add features and functionality. And people took notice. We went from $300,000 in revenue, to $3.3 million, to $13.3 million, to $30 million!

But the majority of our growth was on the product side—without really any sales or marketing teams. Just a lot a growth and a small team to handle it.

OF: Did you take funding?

Ross: We’re completely bootstrapped, which is something that sets us apart in the SaaS space. A lot of our competitors fall into the trap of focusing on how to survive until their next round of funding. That’s never been our strategy. We’ve always put our efforts into building a better product—a product that delivers more value to customers. Because we weren’t answering to investor demands, we could listen to customer needs. So we kept reinvesting into the platform, into innovation, growing based both on the initial value we provided to customers and on our future direction.

OF: Tell us what it was like to go from a steady paycheck to taking that risk and going out on your own?

Ross: I never set out to start my own business. It just happened. While I was still working in the email space, I met a developer and we started on some basic functionality together. While that relationship didn’t work out, I was able to learn a lot about what to look for in a business partner, which I found in our current CTO.

When we started picking up more speed, our structure started to shift. As we brought on more and more customers, revenue from Maropost started to exceed the income I was putting into it. So, unlike a lot of entrepreneurs, I never really had to take that leap of faith. The demand for our product provided me with a seamless transition from working for another company to running my own.

OF: How did you come up with the name?

Ross: At first it was just Maro, but four letter domains aren’t exactly easy to come by. Our next name was Maro Solutions, but we realized rather quickly that no reputable tech company has “solutions” in their name anymore.

After a few more changes, we kept the “Maro” and added “post”. Unlike “mail”, “post” could grow with us and apply to what we now do across channels, beyond just email.

OF: Tell me a little bit about the struggles of growing the culture and the team.

Ross: Company culture and team have been our greatest struggle, but also really our only struggle. We’ve been lucky to avoid the typical funding, scaling, and board issues, but in place of that we’ve had the problem of people.

Initially, we didn’t have enough expertise in hiring, which led to us hiring people who couldn’t meet our needs. Our methodology was broken from the start—we would bring someone into a position they’d already done, expecting them to perform without any coaching or guidance. But expecting that out of most people just isn’t realistic.

I was working based off my own experience. I thought: here’s your laptop, here’s your phone. Call me when you have some results (laughs).

But the reality is you need significant upfront training and ongoing support to make that model work.

OF: How important is it for the person to fit into the culture?

Ross: We’ve made a lot of mistakes on that front. And it all comes down to upfront expectations. If you hire someone who’s negative, or who doesn’t understand what we’re trying to accomplish, they’re immediately detrimental to the team. One bad hire and your culture starts to go in the wrong direction. Even today, it's difficult to know who’s going to fit and who isn’t. You never really don’t know someone until they’re two, three, or even four months in. Even if someone excels in interviews, the only true test is time.

Today we take hiring much more seriously. A lot of businesses are far too flippant with their hiring process. They think, “It’s not a big deal. It’ll work out.” But the reality is they’ve just spent, say, $20,000 dollars bringing the person from interview number one, through the door, and fully trained, only to replace them four months later.

OF: How many employees do you have right now?

OF: Let me ask you about how you spend most of your time during the day?

From the start I've always had my hands in everything, which had to do with the unique way we grew the business. We grew our team deliberately, starting with two people, then four or five, then six or seven. My goal wasn't to just fill the executive level as quickly as possible. It's a typical business tactic, but it's also a typical business mistake.

But because of the approach we took, I had to be involved in everything. And at the time, 'everything' meant closing business, processing contracts, inserting them into QuickBooks, processing the credit card manually. Everything.

Today, about 40% of my time is weighted towards sales, touching almost every stage of the sales process—even doing product demos.

I focus another 40% on the product, designing new features and working with our developers.

That last 20% is where that 'everything' comes in. HR, finance, client success, all these areas are still something I deal in on a daily basis. And I know this business down to the details because of that.

OF: Talk a little bit about the lifestyle of the entrepreneur. I found that in my 20 years of doing it, there really is no one you can talk to about what you are going through.

Ross: You're spot on about finding people you can talk to. I’ve never been much of a networker—if you see me at an event, I'll be the guy in the back corner with a cocktail. Entrepreneurship is a unique experience. There aren't a lot of people who can understand the thought process. Even amongst entrepreneurs, if they've raised capital, it's a completely different experience.

For entrepreneur to raise $20 million, hire an executive, and put the onus on them—you're essentially hiring expertise. I didn’t have that luxury. I've had to make decisions—good and bad—but I've had to make them.

But buying expertise isn't a solution—it's the cause of so many of the failures you see in the tech space. You spend so much time raising capital you forget about your customers. When companies are asking themselves how they can go from zero to $100 million dollars so they can sell to Google, instead of focusing on how they can concretely improve their product, the system needs to change.

Investors aren't coming in at zero dollars. That much is true. But they are coming in at under a billion dollars, looking for businesses with a good head on their shoulders.

You see a lot of this in Silicon Valley, where people begin with the notion of starting a business, but they have no driving idea. Which is why it's more crucial for me than ever to focus on the idea, on why I started Maropost in the first place.

OF: I like to talk about the difference between an Entrepreneur and a small business owner and the example I use is McDonalds. The McDonalds brothers were small business owners and they loved those hamburgers and shakes and really wanted to just make the best product they could make. Ray Kroc was an entrepreneur. He didn’t care what the product was; it could be hamburgers or real estate. He loved building the business and the product was irrelevant. What do you think about that idea?

Ross: That's probably one of the best examples I can think of. From my perspective, I feel I’m somewhere between the two.

When we first started, we took the McDonald's brother approach. We thought, 'Let’s build the best product, the best features, let's make it easy to use, let's make sure our customers understand it very quickly.'

As we’ve moved forward, the entrepreneurial Ray Kroc aspect came into play more. And now the question isn't just 'How can we improve our product?' but also, 'What can we do next?'

Naturally, the first thought was to start a new business. But we still had that McDonald's brothers side to the company, and wanted to also offer our customers something more. So we set out to create another product, one within the same company. Now, we're a two-product company, but within the next year we'll be a three-product company. What we really want is to build an organization.

That approach is something that's unique to Maropost, something I'm proud of—for better or worse.