Entrepreneurship: A visit to the Tuthilltown Spirits Distillery 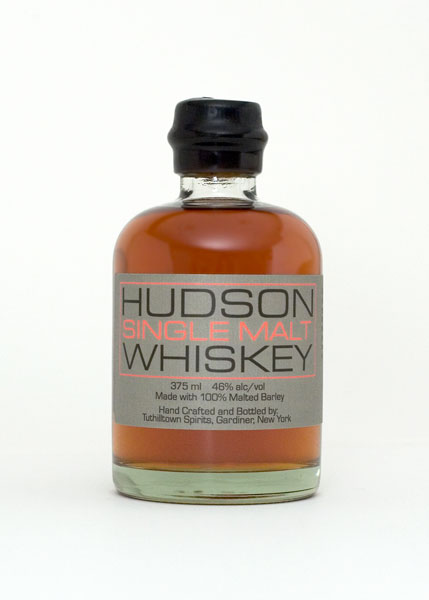 This weekend I took a ride up to Gardiner, NY to visit the Tuthilltown (pronounced Tuttle Town) Spirits Distillery. I was expecting a quick 5 minute tour of facilities followed by a tasting of their Hudson Whiskey. What I got was instead was one of the most interesting stories in entrepreneurship I've ever heard about.

Started 7 years ago, Tuthilltown Distillery became the very first Distillery to open in New York State since prohibition. Seven years later, Hudson Whiskey is available around the world (20 cases where headed to Lebanon while I was there) in their distinctive Pharmacy bottles and employees about 27 people, growing to 40 according to their growth plans. The success of Tuthilltown is a story that touches on every exciting aspect and stage of entrepreneurship, and the reason I love entrepreneurship so much.

Rule One: Adapt Or Die.

Ralph Erenzo, a professional rock climber and founder of ExtraVertical Climbing Center in Manhattan, had a dream of creating a Climbers ranch near The Gunks, a popular spot for climbers near Gardiner, NY. After purchasing the land, neighborhood opposition prevented Ralph from creating his dream. Now what?

Rule Two: Take advantage of a Change in Circumstances

Opportunities come at times of change. Ralph looked out on the farm he now owned and thought: what else can I do with a farm. How about distill whiskey from grains the farm produced? Only problems were that Ralph had no idea how to distill whiskey and the state licensing fees where $60,000 a year. This was the main reason no distillery had opened since prohibition: it was too costly due to government licensing fees and taxes. But that year, the state of New York change the laws and reduced the cost to around a $1,000 for two years. That was the opportunity that Ralph needed.

Rule Three: On the Job Training

Ralph's partners decided to take a tour of the southern distilleries to see what they could learn and what they learned was....no one was going to give them any information about how to make whiskey! So they had to figure it out themselves. First up: they spent months trying to figure out why their yeast was not creating alcohol. For months, they spilled out vat after vat of mistakes. Then workers at a local Hasidic bakery told them: you don't know much about yeast: they needed to wait another 24 hours for the yeast to do its job and start generating alcohol. 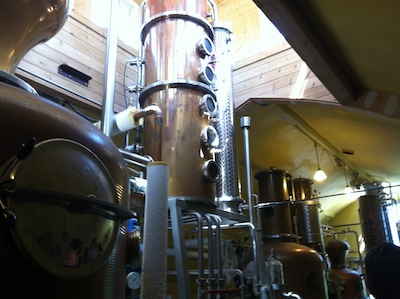 They got better. At first they produced Vodka because in order for Whiskey to be called Whiskey on the label it had to be put into white oak casks and the casks could only be used once. Casks were expensive and since they couldn't reuse them, they had an expense cask that couldn't be reused and raised their overhead. They also had the problem of time: They didn't have the resources to sit around for 4 or 5 years waiting for the whiskey to age and create its distinctive color, which comes from sitting in the barrels.

But after reading the laws carefully they realized one thing: while the law states the whiskey must be put in white oak barrels, it doesn't say for how long. By putting the whiskey into smaller barrels, they increased the surface area to liquid ratio and thus the whiskey aging process for shortened. They also found out that distilleries in Scotland do reuse barrels and where happy to purchase all the used barrels they wanted to sell.

In addition they found that pouring a Manhattan Cocktail Mix (Rye, vermouth and bitters) into a 5 gallon first use whiskey barrel and letting it sit for 90 days would create one of the most incredible Manhattans you've ever had: soon every bar in Manhattan was looking for their used 5 Gallon whiskey casks.

But the aging process still took to long: They thought about putting stave's from the barrel in the whiskey in order to create more surface area but the laws specifically state that you cannot add anything to the whisky cask. BUT it didn't say you couldn't REMOVE something. So their idea was to drill wholes in the stave's and on the inside of the barrel, thus increasing the surface area (an idea they immediately patented) and were able to reduce the aging process to 20 days per gallon of whiskey.

Their distinctive bottles, that look like they came out of a pharmaceutical shop, are exactly that: a relative had 1,000 bottles sitting in the basement of former pharmacy, and the rest is history. Each bottle is hand numbered with the year, the batch, and the bottle number. Each batch tastes different because of the home made nature of the the way their distillery works.

I don't want to give away all the secrets: but if you go ask about their unique method for stiring the barrels. If you find yourself in the Catskill region of New York, do yourself a favor and stop in for the tour. And pick up a bottle of their Hudson Single Malt Whiskey.  You'll love it.